Musical drones have been used as a device in indigenous cultures to induce hypnogogic trances for centuries. More recently, pulses, or beating tones, created through closely tuned drones have been proven through scientific testing to entrain brainwaves into desirable meditative states. Composer David First and Kate Henderson, licensed acupuncturist and drummer, have successfully combined these therapies to facilitate a healing ‘window’.

Acupuncture creates a change in the central nervous system that allows many patients to reach a dream-like state of relaxation simply from the insertion of needles into specific points on the human body. FMRI studies of patients receiving acupuncture show elevated activity in the limbic system of the brain, release of endogenous opiates, serotonin, and and influence on the activity of other brain neurotransmitters.

Composer David First and Kate Henderson, licensed acupuncturist and drummer, have, in past collaborations, successfully combined these therapies to facilitate a healing ‘window’, so to speak—an opportunity for participants to achieve an altered state of consciousness and use this ‘window’ to explore this consciousness while awake. Now, for the first time—perhaps ever—at this performance, these two modalities will be joined by a third—shamanic drumming— in an attempt to further open the inner ‘windows’ of the minds of a small group of participants. This is an intention rarely explored in contemporary culture. However, this is hardly the case in the course of human history.  First and Henderson are using techniques that are universal to world wide shamanic trance practices, and hope to offer participants a self-empowered tool for healing, self exploration, creativity and authentic spiritual connection

David First has been studying and exploring psycho-acoustical phenomena, drone musics, sacred mathematics and secret harmonic relationships for more than 25 years. For the past ten years he has been using a unique spherical tuning system he has developed based on the Schumann resonances (the hum of the Earth) and for the last three he has implemented all he has learned in the service of a monthly drone and acupuncture collaboration at Worksong Chinese Medicine in Greenpoint, Brooklyn with acupuncturists Isobeau Trybula and Kate Henderson. First has received many grants and awards for his work including those from the National Endowment for the Arts, the Aaron Copland Foundation, Meet the Composer Commissioning USA, and the prestigious Foundation for the Contemporary Arts Grant to Artists.

Kate Henderson, LAc. became interested in shamanic journeying after she and several patients experienced vivid, lucid dreams while receiving acupuncture that differed greatly from night time dreaming. These experiences were clear, seemed meaningful and symbolic to the individual, and were experienced when awake during an acupuncture session. Some of the experiences and themes described by patients fall within a framework of classic symbolic experiences reported by indigenous shamans worldwide who are adept at inducing trance, or self hypnosis, for the purpose of ‘journeying outside of time’. Since before recorded history, rapid rhythmic percussion (referred to in this context by ethnologists as ‘auditory driving’) on a frame drum has been used to induce this state of ‘waking dreaming’. Kate is currently training with the Foundation of Shamanic Studies to learn how to integrate this practice into her work with Chinese Medicine, and performance. 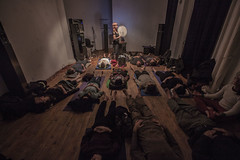 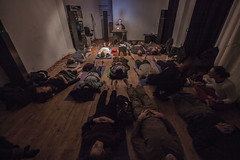 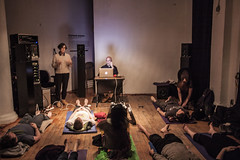 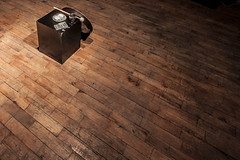 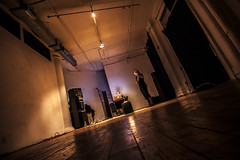