This evening will be to explore and discuss various live sound processing strategies through performance, lecture and presentation, and gives participants a foundation for developing their own work. The lecture/presentation will be taught by Dafna Naphtali, who uses live sound processing in her work since 1995, and will start with a performance by a trio that also includes Robert Dick (flutes) and Satoshi Takeishi (percussion). A Harvestworks 35th Anniversary Event!

“Live Sound Processing” is used to alter and affect the sounds of other instruments in performance, which in turn becomes its own unique voice in the musical process. Addressing the electroacoustic environment of the performance space allows for a site-specific version of the piece through a complex sampling and spatialization process. While the difference between live sound processing and other electronic music practices has perplexed the audiences in the past, these days the role of the live sound processor is much more understood. With faster laptops and more widespread use and availability of classic live sound processing as plugins, these techniques have gradually become more acceptable, and in some music genres practically expected. Both performers and audiences have become more savvy about the techniques and sounds.

This evening will be to explore and discuss various live sound processing strategies through performance, lecture and presentation, and gives participants a foundation for developing their own work. The lecture/presentation will be taught by Dafna Naphtali, who uses live sound processing in her work since 1995, and will start with a performance by a trio that also includes Robert Dick (flutes) and Satoshi Takeishi (percussion).

Dafna Naphtali has been performing since 1995 with “live sound processing” as one of her instruments, along with her singing and extended vocal techniques. She is not just processing her own sound, but that of all the other participants in her ensembles, and in many of the ensembles that she has formed or participated in. Via her own custom Max/MSP programming and some advanced control of an Eventide H-3000 sound processor, she creates a unique sound and electro-acoustic voice to her ensembles, making use of filtering, delay, and feedback under her tight control to create polyrhythmic musical interjections and textures. Much of the techniques she developed were born out of musical necessity. Her need to act as a full musical partner in an ensemble meant she had to create ways to interact with many musical parameters even as she was playing feedback and manipulated clips of other people’s sound — so she used polyrhythmic metronomes, Morse Code and incoming audio signals as control sources as well as more traditional controllers, and as her music has transformed and grown, so has her programming. Interactive elements create more “control intimacy” for the performer (over the audio processes) and hopefully translated into more excitement for an audience and importantly, a listener unaware of how exactly the sounds are being created. http://www.dafna.info/

With equally deep roots in classical music old and new and in free improvisation and new jazz, Robert Dick has established himself as an artist who has not only mastered, but redefined the flute. Known worldwide for creating revolutionary visions of the flute’s musical role, listening to Robert Dick play solo has been likened to the experience of hearing a full orchestra. As one of the flute world’s most respected masterclass teachers, Robert Dick has been in residence in literally hundreds of universities, colleges and conservatories throughout the US, Europe, Asia and Australia. His performances typically include flute (with his invention, the Glissando Headjoint®)piccolo, alto flute, and bass flutes in C and F. On special occasions, he’ll bring out the giant, stand-up contrabass flute. http://www.robertdick.net/

Satoshi Takeishi, drummer, percussionist, and arranger has studied at Berklee College of Music. He developed an interest in the music of South America and went to live in Colombia, eventually performing with the Bogota symphony orchestra to do a series of concerts honoring the music of the most popular composer in Colombia, Lucho Bermudes. His interest expanded to the rhythms and melodies of the middle east where he studied and performed with Armenian-American oud master Joe Zeytoonian. Since moving to New York in 1991 he has performed and recorded with many musicians such as Ray Barretto, Carlos “Patato” Valdes, Eliane Elias, Marc Johnson, Eddie Gomez, Randy Brecker, Dave Liebman, Anthony Braxton, Mark Murphy, Herbie Mann, Paul Winter Consort, Rabih Abu Khalil, Toshiko Akiyoshi Big Band, Erik Friedlander and Pablo Ziegler to name a few. He continues to explore multi-cultural, electronics and improvisational music. http://home.earthlink.net/~takeishi/id1.html 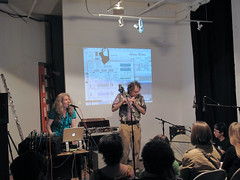 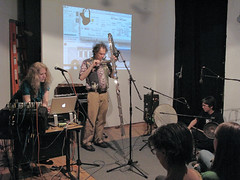 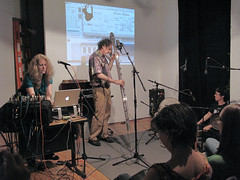 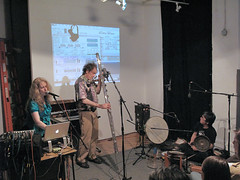 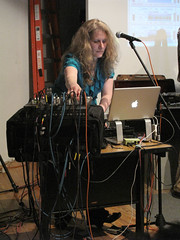 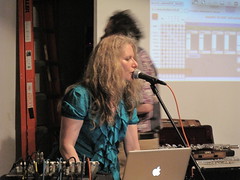 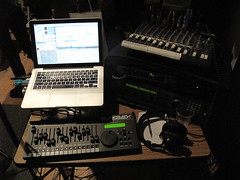 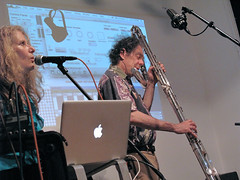 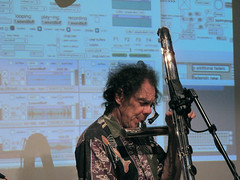 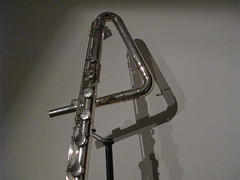 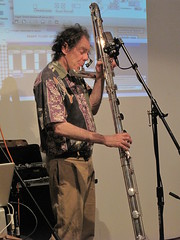 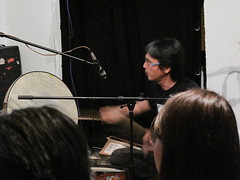 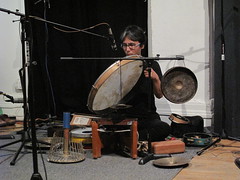 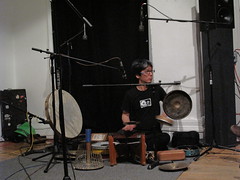 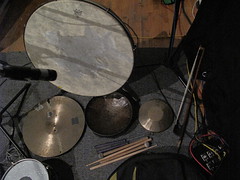