An orchestrated, real-time, interactive collision between the cyborgism of guitarist Han-earl Park, and the incomparably original melodic and timbral sensibilities of saxophonist Catherine Sikora and saxophonist-clarinetist Josh Sinton. The trio will render into music, Metis 9, a collection of improvisative tactics, and higher-level interactive macros for ensemble performance designed, designated and specified by Han-earl Park.

Metis 9 has ‘glorious noise’ or ‘frenzy’ at its root, yet it is not so much structuring the noise as it is a meta-layer of complexity that performers can introduce at will. Metis 9 does not tell the performer what to play, or provide all the details of how to interact, but it is an auxiliary network protocol for interactive possibilities. Group improvisation is always the primary protocol; Metis 9 provides secondary or tertiary tactics that create an additional focused complexity. The decision for each bloop and bleep is still retained by the ensemble. These macros enable specific interactionist schemes to be expressed in an open improvisative context; it is improvisative play channeled by group consent.

Park engages a radical, liminal, cyborg virtuosity in which mind, body and artifact collide. He is driven by the social and revolutionary potential of real-time interactive performance in which tradition and practice become creative problematics. As a constructor of musical automata, he is interested in partial, and partially frustrating, context-specific artifacts; artifacts that amplify social relations and corporeal identities and agencies.

“Guitarist Han-earl Park is a musical philosopher…. Expect unexpected things from Park, who is a delightful shape-shifter….” Brian Morton (Point of Departure)

Since making her way to New York City from West Cork, Ireland to study abstract improvisation, Catherine Sikora has become a well-known face and sound in New York creative music circles. She has worked with Elliott Sharp, Eric Mingus, Michael Evans, Matt Lavelle, Jeremy Bacon, François Grillot and Burnt Sugar The Arkestra Chamber, among many others. Her undeniably unique approach sets her apart from everyone else, even when surrounded by the most original and creative voices in New York City. Sikora is a contributing writer to the book “Silent Solos-Improvisers Speak” (Buddy’s Knife Publishing, Köln, DE) and is currently working on producing a solo recording.

“Sikora is a free-blowing player’s player with a spectacular harmonic imagination and an evolved understanding of the tonal palette of the saxophone.” Chris Elliot (Seacoast Online)

In 2012, Sinton released his autobiographical album Pine Barren (featuring Jon Irabagon, Jonathan Goldberger, Peter Bitenc and Mike Pride) with accompanying essays on the Prom Night Records label to critical acclaim (“deeply confessional and emotionally revealing” – Shaun Brady, Downbeat, Nov. 2012). This year he will release another record on Prom Night, anomonous on which he freely improvises on the amplified contrabass clarinet with Denman Maroney (hyperpiano) and Ben Miller (electronics). Currently he’s in the midst of finishing arrangements for the next Ideal Bread record, an ambitious re-recording of all the material Steve Lacy put out on the Saravah label in the 1970’s and was recently repackaged as Scratching the Seventies. The working title of this work-in-progress is Beating the Teens.

Sinton grew up in the Pine Barrens of southern New Jersey, came of musical age attending AACM classes in Chicago and completed his classroom education in Boston at the New England Conservatory of music. Along the way, he’s toured and played in India, Israel, Japan, France, Germany, the Netherlands and Finland. Currently he happily resides in Brooklyn, NY with his wife Laura and daughter Zosia. 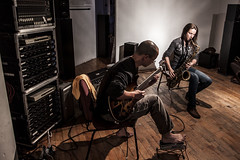 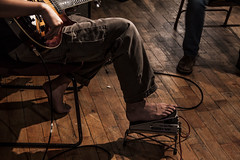 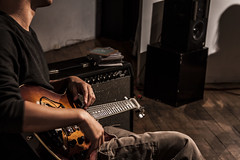 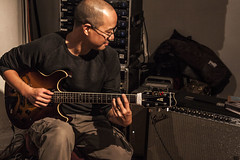 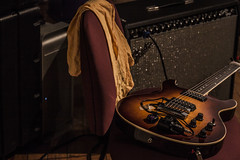 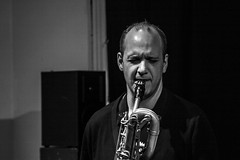 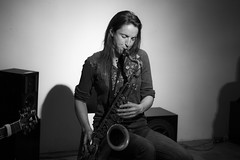 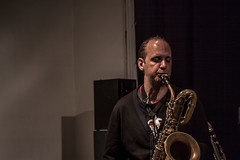 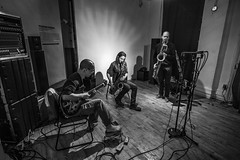